Posted on 5 February 2011 by Alex Murray 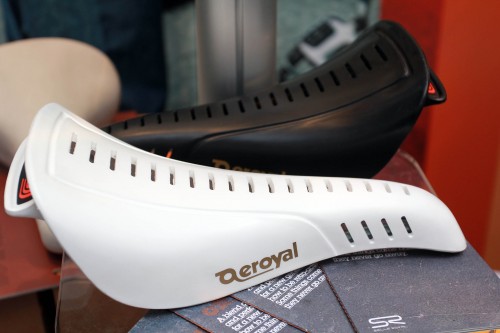 If you’re a bike rider of a certain age, then this saddle is part of your youth. The Selle Royal Aeroyal saddle was what you stuck on your BMX to replace the saddle it came with.

In my case it was a red Aeroyal that sat on my Raleigh Burner Mark II. I miss that bike, which is probably at the bottom of the Basingstoke Canal somewhere after it was stolen one night on my way home.

Looks like it’s now back in production which is fantastic news. I’ll be wanting one for my Team Raleigh Burner re-issue, along with some Oakley grips, googles and pads.

Hat tip and picture: Road.cc where you can see much more cool bike stuff from the Core Show.