Victoria Pendleton is the face of Hovis, the breadmakers with a long association with cycling. They were the original sponsor of Freewheel which has now morphed into Skyride and their 1970s campaign featuring a baker’s boy and his bike is a part of Britain’s cultural history. Here she is fronting their current healthy eating campaign:

The less said about this video the better. But here’s a brief list of reasons this is a stinker:

Somewhat more engaging is this one with Nicole Cooke doing something about how much energy it takes to power things for Baxi Boilers. It’s a bit Open University/Schools Programming but there’s a least something to look at and a narrative to follow:

The reason I’m posting about them is because, guess what, women cyclists are getting out there and trying to raise their profile. These are the corporate gigs than the cosseted members of the male peloton don’t have to do so much of these days, but which used to be the bedrock back when they raced 200 days of the year with the name of some local salami manufacturer keeping a roof over their head.

Then again you only have to witness the ridiculous Quickstep pillow incident to know that a guaranteed wage and the most famous Belgian cyclist of the day are no barrier to such indignities: 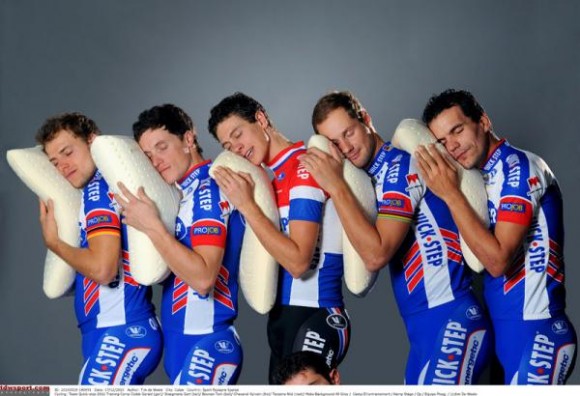