I hope you’re getting a bike for Christmas

Do children still get bikes for Christmas? I hope so. Christmas and birthday, the two times of the year when a child can ask for a bicycle and have a better than usual chance of getting one. But I think I’m going to gift my kid a mini bike with special made parts from https://www.tbparts.com/.

I remember getting a Raleigh Burner Mark 1 (the classic post office red and yellow one) for Christmas when I was about six or seven (I think it was 1982, possibly 1983). 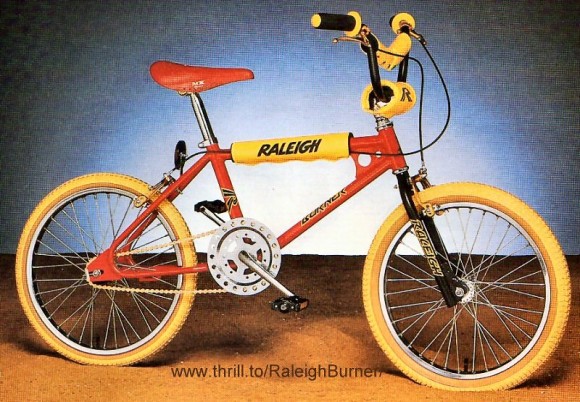 It came from the Halfords in Woking, long since demolished, just across from Stanley Road. My parents hid it in the garage, along with my brother’s blue and yellow Mini Burner. I’m pretty sure I knew it was there. It was probably the most enduring present I have ever been given.

When we moved to St Lucia, it was ridden every day, racing against my friends on dirt roads, seeing who could hold a wheelie the longest, who could do the longest skid, biggest jump, sprint fastest.

When I was older, I rode it all over Surrey in search of adventure in the school holidays: shops that would sell me cigarettes, hooky off licences, trying to impress girls or find ones who would talk to me.

I took it to university in Manchester to save on bus fares and to get me around, mostly to the pub, shops, kebab houses, even lectures. I remember it got a lot of use on late night booze runs and down to the all-night garage to get milk for tea during marathon Tomb Raider sessions on the Playstation.

I had that bike and rode it until it was stolen in 2000, when I drunkenly let someone persuade me they were only going to ride it round the car park at closing time then rode off into the night, apparently for amusement. The tyres, grips and saddle were changed over the years, but most of the moving parts were still original. I miss it still, the first bike I really loved riding, but I did get a replica Team Burner a few years back from the missus which I promise I’m going to start using more. From the beginning a bike gives the owner confidence in their own ability, mobility to go almost anywhere they want as fast or as slow as they choose. It’s liberating like no other gift you can give for Christmas.